ChiRunning: What It Is and How To Do It 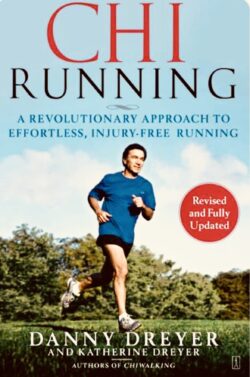 Listen to the podcast episode here

I started running after turning 50 because I needed some kind of movement that would help me lose the postmenopausal pounds that had started to pack on.

After reading about the Run/Walk/Run program created by Olympian Jeff Galloway, I ran — well, okay, walked — to the nearest running store to get my first pair of running shoes. The rest is history.

Fifteen marathons, one ultramarathon, and countless half-marathons, 10ks, and 5ks later . . . I interviewed the founder of ChiRunning, Danny Dreyer.

With his wife, Katherine, he started a movement that has a global following, has written a few books about embracing different forms of movement based on Tai Chi, and at age 73 continues to run. He has a special fondness for half-marathons, and in fact, during our conversation we both agreed that being able to get up and say, “Hey, I think I’ll run 13. 1 miles today” and do it, is a great goal to have.

I’m not going to say that starting a ChiRunning practice without some thought or possibly even some lessons is going to be easy. About two weeks after the interview I ran a 5-mile race and tried my best to incorporate all the things Danny shared: forget about your legs; bend from your ankles; inhale through your nose and exhale through your mouth; breathe into your belly; posture is everything. But when you’re racing and moving fast and start huffing and puffing, it can be tricky to pull it all together. So I’ve decided to get a ChiRunning coach in NYC, where I live. The good news is that the ChiRunning practice and the Galloway program are really quite compatible. As Danny pointed out, you just want to make sure that you are as mindful during the walk as you are during the run.

Listen to the conversation with Danny Dreyer,

Running, as it turns out, is an excellent and highly efficient form of movement to burn calories, build strength, keep muscles strong, slow down bone loss, keep your heart pumping and brain sharp, and it’s free. Most people assume that once you’ve hit a certain age that you have to either give it up, or never even think about starting. Not true.

I would recommend that you listen to this episode and see if you think this is something that might be right for you, even if you’re already running. And I would also suggest that you look into the Galloway Run/Walk/Run program by going to the Galloway website. I also had Jeff Galloway on the show a few months ago and you may want to listen to that episode also, right here. 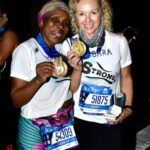 Think You’re Too Old to Run a Marathon? Think Again. 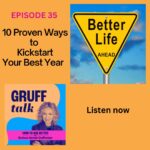