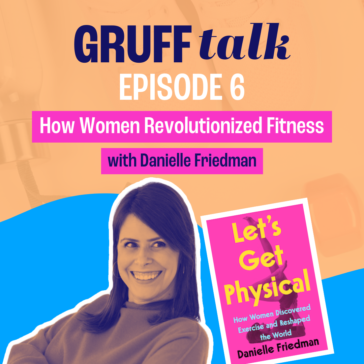 LISTEN TO THE DISCUSSION HERE.

In this week’s episode of GRUFFtalk: How to Age Better, I talk with author Danielle Friedman. She is an award-winning multimedia journalist who specializes in telling stories at the intersection of health, sexuality, and culture. Her first book, Let’s Get Physical: How Women Discovered Exercise and Reshaped the World is why I wanted to talk with her.

Working out is as accepted as it is expected, but it wasn’t always that way. For much of the 20th century sweating was considering un-lady like and there was an urban legend that running would make you manly. Crazy, right?

I spent my younger years following all the fitness trends and classes. I admit to wearing leotards, tights, and leg warmers, just like Jane Fonda; they were in style, I promise you! When marriage and motherhood combined with a busy career took most of my day, my relationship with working out was on pause. But that all changed when I hit 50, went through menopause, and felt like my health was taking a big nosedive. That’s when I discovered running, which I continue to do . . . fifteen years later.

You’ll love hearing the background story that Danielle shares about the impetus for the book. She is a feminist health reporter so when she wanted to get into shape for her wedding, she opened up to new options and kept her reporter’s hat on!

This began her 4-year dive into the history of women’s fitness, including sharing details about one of the most influential women in the last few decades —  Lotte Berk. She has an incredible life story and Danielle shares some highlights with us. She was fearless, and a woman ahead of her time. She talked about sex and led a very flamboyant life when just wasn’t done in her day. But she influenced an entire generation of women and caused quite a stir because her fitness class included a lot of pelvic tucks and other movements that she felt would really help women’s enjoyment of sex.

I loved hearing how the workout that began as part dance (hence the bar) and yoga with feminine terms transformed to the fitness and gym terms we use today. As part of that transition, women began to question if they were the weaker sex as we’d been taught, and began to defy that idea. Yay!

Title IX turns 50 later this month and it was another step in the path of women embracing fitness and competing, while also embracing their strength and physical capabilities. It’s hard to remember that this wasn’t always the case.

Danielle shares some of the other fitness pioneers, including her favorite Kathrine Switzer. She credits her for being one of the women who had a lasting impact in women’s fitness history. She literally turned the tide around about the concept of women’s strength and physical ability.

Thanks for reading and listening (you can listen to our conversation here). Until next time, remember this: We can’t control getting older, but we can control how we do it!

Love Your Age: The Small-Step Solution to a Better, Longer, Happier Life 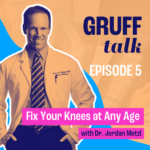 Fix Your Knees at Any Age 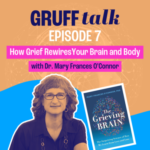 How Grief Rewires Your Body and Brain