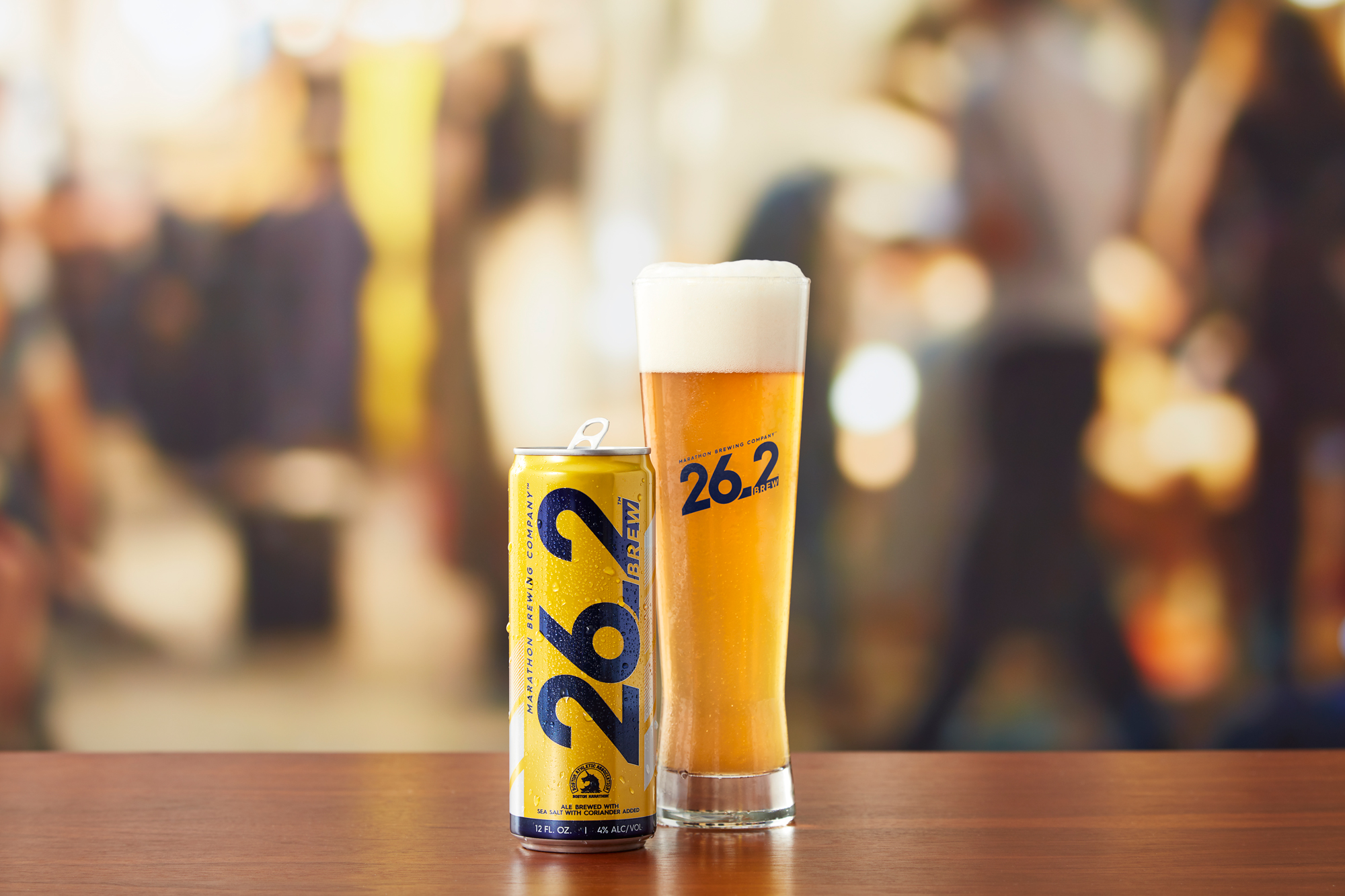 Meb Keflezighi is the only athlete in history to win the Boston Marathon, New York City Marathon, and an Olympic medal.

Desiree Linden was the first woman runner in thirty-four years to claim the Boston Marathon title in 2018, and she’s heading back to Boston again next week to (fingers crossed!) keep the crown.

They are legends, superstars, powerful athletes, and absolutely lovely human beings. Oh, and they both love beer.

How do I know? Thanks to the Marathon Brewing Company I 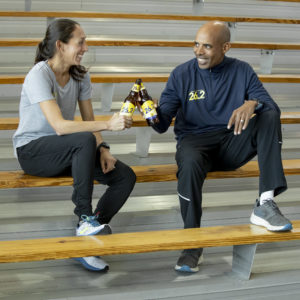 had the incredible and probably once-in-a-lifetime opportunity to meet and actually run with Meb and Des. They both helped the Marathon Brewing Company develop 26.2 Brew — a super-light beer created by runners, for runners — and have been traveling around the country to get the word out about how it’s brewed (using Himalayan sea salt and coriander), its low alcohol by volume/ABV (4.0%), low carb count (9g) and low calorie count (120). It’s a runner’s dream.

But you don’t have to be a runner to love this beer. It’s fab. In fact, beer has been my go-to drink after a long run or race ever since I came across some research that suggested it helps boost athlete’s immune systems, which are lowered after prolonged physical activity. So, a low alcohol beer with the right mix of carbs and salt is a nice way to cheer yourself after a particularly taxing run or race. 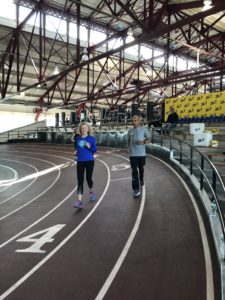 Before I was rewarded with a glass of 26.2 Brew at the launch event in New York City, I first spent 26.2 minutes (more or less) running (yes, I actually ran with them — that’s me on the left with Meb) getting tips, advice, and insights into their personal philosophies about running.

These amazing athletes shared a lot with me that day, but these two simple gems have become my daily mantras:

While most of us mortals will never be quite as fast as these two super-human athletes, their approach to training and competing makes so much sense. Meb believes that if you 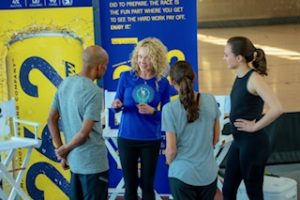 “run to win” you will do the very best you can while acknowledging that actually “winning” might not happen. And unlike a lot of athletes, he absolutely loves the training, which he feels is part of his personal journey. This philosophy applies to all aspects of his life, not just competing in races. Whatever you do, he said, do your absolute best, without fail . . . and you just can’t lose. As long as you put everything you’ve got into everything you do, you will always be a winner.

Not surprisingly, Des feels the same way about giving it your all, but she also feels that just “showing up” is critical to success in life. It’s always tempting to sleep in and skip a run or workout, or not attend a work event or conference. But one of the keys to winning, she said, is to show up. But not just “show up” and coast; show up and give it your all. She’s approached training, racing and life this way . . . to great success.

As a late blooming runner (I started at age 50) and marathoner (training for my 7th), I know first-hand and up-close how grueling training for and running long distances can be. It’s hard work. And when you take it all to the levels that these two have . . . well, holy moly . . . give them each a beer.

If you want to learn more about Meb, his humble beginnings and meteoric rise to fame, check out his new 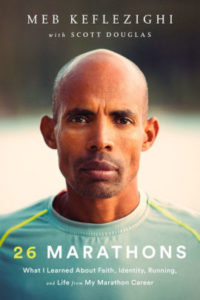 book (already a best-seller) — “26 Marathons: What I Learned About Faith, Identity, Running and Life from My Marathon Career” — which takes the reader through the training, doubts, disappointments, achievements, triumphs — and so much more — surrounding each of his 26 lifetime marathons. It’s one of the most honest books I’ve ever read about the inner life of an elite athlete.

Check out this super-short video of Meb, Des and me at the event! 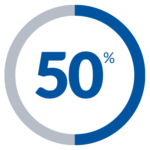 The 50% Solution: Do a Little More (or Less) to Achieve Your Goals

At 56 i feel more lost than i did at 50. Turning 50 never bothered me. Turning 55 was a non-issue. But 56 was hard. Yes, there have been several things going on in my life that have added to my dismal view of my age (probably being replaced by young interns being the worst, both emotionally and financially, but 56 feels like I have no purpose…just locked away in the prison in my head. I need parole or something! (Joke)