“The Other ED™”: Putting Estrogen Deficiency in the Spotlight

For too long, women have been kept in the shadows when it comes to a certain midlife condition, which we’ll refer to as estrogen deficiency, “the Other ED™.”

Estrogen deficiency refers to a decline in the level of estrogen women produce, which typically occurs postmenopause.

Until now, there’s only been quiet, uncomfortable, and rather un-public discussion about estrogen deficiency, especially on national television.

The message to middle-aged women, conveyed through the absence of discussion, is just as clear:

Women going through the decline of estrogen during the menopause transition commonly report a variety of symptoms, including hot flashes and night sweats, as well as trouble sleeping, anxiety, and fatigue. The loss of ovarian estrogen production is also associated with vaginal dryness, which occurs early in the postmenopausal period and can be associated with pain with intercourse.

I’ve joined forces with Novo Nordisk to build awareness and discussion about estrogen deficiency: what it is, how it happens, and what we can do about it, which often means having a chat with your health care provider.

Check out the new website—The Other ED—for all the information, tools, and encouragement you need to get “the Other ED™” out into the open and into the spotlight . . . starting now.

I am a member of GLAM™ (Great Life After Menopause), a women’s health initiative sponsored by Novo Nordisk. 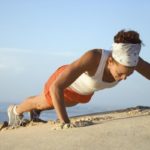 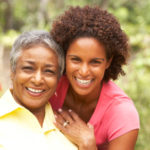 ARE YOU A CAREGIVER TO A CHILD, PARENT, SPOUSE, PARTNER, SIBLING, FRIEND, ANYONE? I WANT YOUR STORY FOR MY NEXT BOOK!