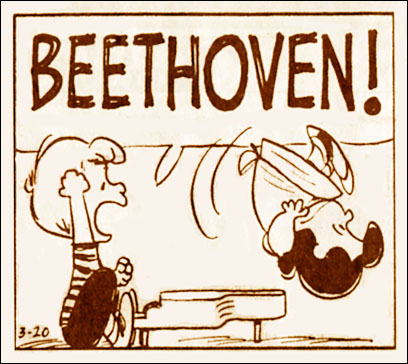 “Music is a higher revelation than all wisdom and philosophy. Music is the electrical soil in which the spirit lives, thinks and invents.”
— Ludwig van Beethoven 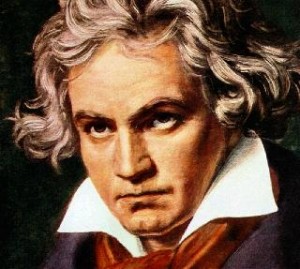 Today is Beethoven’s 250th birthday and I will celebrate by keeping Alexa tuned into WQXR, which is playing Beethoven music all day long. For your entertainment, here is my annual “Ode to Beethoven” post. Enjoy!

Alas, I can only enjoy him (and oh, do I ever) through listening to my collection of CDs, by watching one of the Hollywood versions of his life (Immortal Beloved comes to mind) or catching an occasional string quartet, piano concerto, or — be still my heart — one of his nine glorious symphonies on the only classical music radio station remaining in the New York City area: WQXR (which you can also stream on your computer, phone, or Alexa, something I do when traveling. And while you’re at it . . . consider making a donation to support the country’s leading, and NYC’s only, classical music station.)

A creature of habit, I rarely vary my routine: Wake up at 5:30 a.m., stumble to the kitchen to turn on the Nespresso machine and radio (such a quaint little thing) simultaneously and sit down with my iPad to find out what happened in the world while I was sleeping (lately, the news makes me want to crawl back into bed). As a writer, I work from home and WQXR stays on until we all turn in for the night. Even back in the day when family and I would leave the apartment for appointments, work, and school (remember those days?), the dreamy and often melancholy sounds of Brahms and the drama of Verdi can be heard throughout the day until one of us returns. And I always leave it on for Pete the Brittany.

A few years ago, Sir Simon Rattle led (without notes, might I add) the Berliner Philharmoniker at Carnegie Hall, where they performed the Beethoven Cycle (all nine symphonies) over five magical nights. I was there, front and center, with a daughter or husband in tow, every evening. “Thrilling” is the single word that sums up the experience.

Beethoven should be adored for his music alone, of course. But there are many things that make him rock more than any other great composer. In honor of Beethoven’s 250th birthday (Dec. 16, 1770) I pulled together a short list of reasons we should be thankful for Beethoven this month … and all year long.

Oh, good grief, Charlie Brown, I could go on and on about Beethoven. But I won’t because WQXR is about to play “Für Elise,” which wasn’t written for anyone named Elise, according to Jeff Spurgeon, the always-engaging morning host of WQXR, but for a woman whose name was misread due to Beethoven’s hard-to-read handwriting. Another romantic mystery.

While Mozart, Mahler, Bach and other musical geniuses also deserve special places in our hearts for bringing such beauty to the world, in the final analysis, it is Beethoven … and it’s only ever been Beethoven.

After all, as he himself once said, “There are and will be a thousand princes; there is only one Beethoven.”

This is the First Step to Aging Beautifully

Thank you, Barbara, for this lovely, wistful, and slightly humorous homage to Beethoven. I devoured every delicious word! I am an ardent lover of classical music, and I think it is truly the language of my soul, and the greatest pillar of my spirit. I, too, adore and listen to WQXR, and have a massive crush on Jeff Spurgeon, whom I am determined to meet one day. LOL.
I came to your site while searching for sites about women over 50 and the challenge to reinvent oneself out of desire AND necessity. It was my great joy to stumble upon this tribute to Beethoven and classical in general. I so desire to be a champion and promoter of this transcendent gift to a world increasingly indifferent to it. I would love nothing more than to write posts such as you have that both entertain, entice, and inform the reader regarding the great composers and their music. Your use of humor is masterful and adds an amusing approachability to what many might consider a parched, antiquated subject. Bravo!
I would love to ask where you have found such good information regarding the rich and detailed history of composers…the history that fleshes out their unique and fascinating personalities and life journeys. To me, relating these things is the ONLY way to intrigue and interest people, and possibly cause them to include classical music as an important part of their life. If you have any suggestions on books or any sources along those lines, I would be so appreciative of learning them.
I love to write, but have never done so in any official or professional capacity, but I yearn to as I continue the process of reinventing myself after major life changes. My life path has been: interior designer (briefl), long-time homemaker, divorcee, culinary student, and most recently pastry chef. Yet pastry is a slave trade, and so I am once again having to recalibrate and make big decisions on how I am going to support myself in the way I desire. (I just moved back to Texas after living in NYC and working at Dominique Ansel Kitchen. Oh, how I miss NY!)
Anyway, best of luck, and thank you for bringing attention online to the unique needs, challenges, and adventures of the 50-plus-awesome tribe!