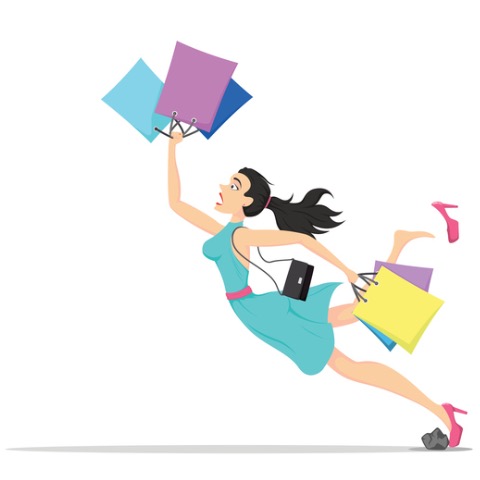 Don’t you think these memorable opening words from Dickens’ “A Tale of Two Cities” aptly describes the roller coaster experience we also know as midlife? I sure do. 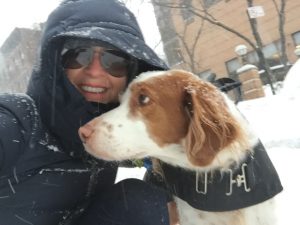 Fourteen years ago while walking my beloved Gunther the Wonder Dog, an adopted Brittany (that’s him on the left), I tripped on a crack in the sidewalk and fell hard on the ground. In an attempt to break the fall, I landed in a very weird way on my right arm. The pain and swelling were immediate.

After getting Gunther back home (luckily I was only a block away), my husband escorted me to the local urgent care facility. The fracture on the X-ray was clear as a whistle. After putting my arm in a splint, we went off to see the orthopedic specialist, who confirmed a fracture. I was 50, and no one mentioned the words “osteoporosis” or “bone density test,” until the report was sent to my PCP, who called me and said “Here’s the number to make an appointment for a bone density test. I want to know why you have a fracture and we need a baseline now that you’re over 50, and I want to do a blood test to see what your vitamin D levels are.” Now THAT’S a great doctor.

The non-invasive and super-quick DEXA test showed osteopenia, or low bone density, which meant I was on the path to osteoporosis, unless I took immediate steps to stop the progression in its tracks. The blood test showed vitamin D levels woefully low–21 when the number should be over 34. And if you don’t have enough vitamin D in your system, you can’t adequately absorb the calcium you’re eating and drinking.

With input from my doctor, a plan was made: strength-training several times a week (push-ups, the plank and squats), jumping jacks and running, more calcium-rich foods, a daily vitamin D supplement, magnesium, and I made an appointment for a blood test and bone density test six months hence to see if the plan

was working. The best ways to keep bones strong for life are detailed in my book, “Love Your Age: The Small-Step Solution to a Better, Longer, Happier Life“ (National Geographic 2018).

Not only did the plan work then, but it’s still working. My subsequent DEXA tests (I get one every 2 years) have shown that my bone density levels have stabilized. It’s also important to point out that had my bones continued to get weaker and thinner, and medication was recommended, I would absolutely have given serious consideration to this option. But so far, that isn’t the case.

Since then, I’ve become a strong advocate for positive and healthy aging, which to me means taking control and taking smart steps to live better, healthier and possibly longer, writing books, giving talks, and speaking to the public through media appearances on the importance of keeping your bones healthy by taking small steps every day. My message resonates with readers because they know I walk the walk and do what I recommend to them.

About three years ago, I was out with Pete (also a Brittany, shown at right) for our morning walk and a loud noise startled him as we were crossing the street. In a flash, he leapt in front of me and I tumbled to the ground, right in the middle of the street, this time landing hard on my left arm in an attempt to break the fall. Sound familiar? As when 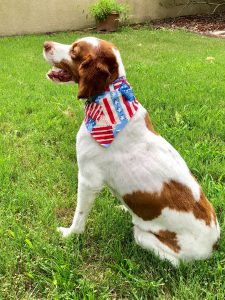 I fell fourteen years ago, the pain was immediate. Once again, my husband escorted me to the local urgent care place, where my bloodied knee was bandaged and my left arm got X-rayed. The pain was excruciating but the X-ray was “inconclusive.” Hopeful, we immediately went to the orthopedic specialist’s office where more X-rays were taken. My doctor declared me “fracture free” but very sore, and sent me home with a prescription for super-strength ibuprofen to help with the pain, and instructions to take a few days off from running until my knee felt better. As we were leaving he said, “Barbara, there’s no question in my mind that the changes you made after the first fall have had a huge impact on the outcome of this fall.  Congratulations and keep doing what you’re doing.” 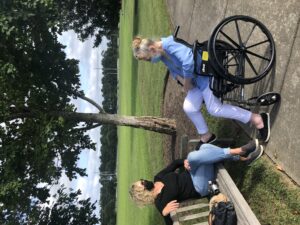 I was so proud of my bones.

Fractures can be life-changing. For me, it was a positive experience because I then made the choice to focus on my health by making small changes. But, that’s not always the case. My mother, 84, fell in her bathroom on January 1st, 2018, broke her hip, had emergency surgery, and has been in and out of the ER and rehab ever since. Her life has changed in many ways. Completely mobile before she fell, she now depends on a wheelchair and sometimes a walker to get around. My mother is no longer living independently in her own home, but now lives in an assisted living facility, with private care, where she can get the help she needs.

A few years ago I joined the National Osteoporosis Foundation as Bone Health Ambassador and to serve on the board as a trustee. It is an honor to work with some of the top medical professionals in the country to bring the most up-to-date information about bone health to the public. My main role is to get the message of prevention out there to all of you and to build awareness of the often life-changing risks of fractures, especially in older people. 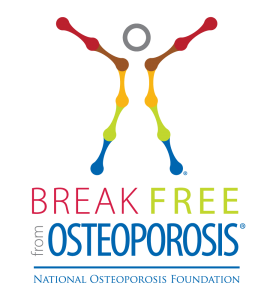 I encourage everyone to check the NOF website regularly for up-to-date information about keeping bones healthy for life.

MAY IS NATIONAL OSTEOPOROSIS MONTH. CONSIDER GETTING A BONE DENSITY TEST, ESPECIALLY IF YOU FALL AND FRACTURE! 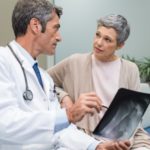 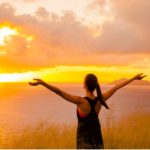 The Future of Successful Aging

Great and Inspiring story, Barbara! As a friend surviving cancer once said, “Good Health=Happiness”. Prevention is the key. We need to do all we can to offset the complications of aging through education and action.